Amid the slugfest over special status to Andhra Pradesh, former Prime Minister Manmohan Singh on Friday spoke up on the issue, asking the Rajya Sabha to fulfill the commitments made by him in this regard over two years back as the House took up a private member bill on the issue.

The ‘Andhra Pradesh Reorganisation Bill’, moved by Congress member KVP Ramachandra Rao, was, however, referred to Lok Sabha Speaker Sumitra Mahajan for a decision on its fate, amid an uproar created by Congress which led to premature adjournment of the House for the day. 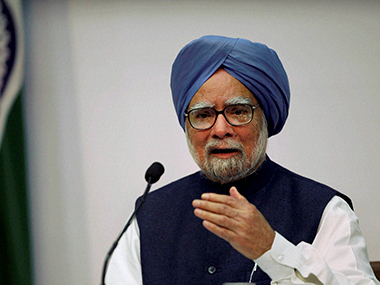 “The Constitution does not give any power to the Chair (of Rajya Sabha) to decide if it is Money Bill or not….The point is if the Chair has any doubt he cannot decide…In a way Chairman of Rajya Sabha is vested with zero power whether it is Money Bill or not…I am giving ruling…since the matter is under doubt, I refer the matter to the Speaker,” Deputy Chairman PJ Kurien said.

If it is declared as Money Bill, there cannot be any discussion on it in the Rajya Sabha.

Earlier, Manmohan Singh appealed to the House to honour commitments made by him on 20 February, 2014 on the floor of the Rajya Sabha to grant Special Status to Andhra Pradesh.

It was perhaps for the first time that Singh had himself spoken on the issue over which NDA ally TDP and its government in Andhra Pradesh has locked horns with the BJP-led government at the Centre. TDP MPs have been agitating for the demand for a number of days, both inside and outside Parliament.

Finance Minister and Leader of the House Arun Jaitley raised objections to the Bill, saying Money Bill cannot be introduced in the Rajya Sabha.

Kurien said he was in no position to decide whether the Bill seeking special category status for Andhra Pradesh is a Money Bill or not.

While giving ruling, the Deputy Chairman said Rao had on 7 August, 2015 introduced the Bill and since the matter was under doubt, he was referring the same to Lok Sabha Speaker.

This enraged the members of the Congress who trooped into well alleging that the government failed to keep its committment.

The Congress members were shouting “shame-shame” and slogans like “We want justice”.

Amid protests, Kurien asked DMK MP Tiruchi Siva to introduce his Bill but as uproar continued, he adjourned the House for the day at 3.50 pm.

More from my site